Multiple choice questionnaires can be a useful tool in teaching. This blog post summarizes the results of my research in designing and using such questionnaires

Photo by Sharon McCutcheon on Unsplash 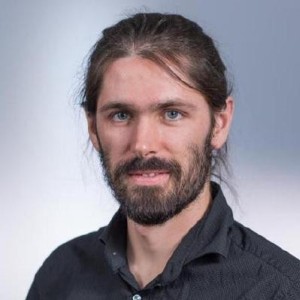 Multiple choice questionnaires can be a useful tool in teaching, in particular under the current lockdown measures, where lots of teachers are asked to move their examinations online in a short time frame. This blog post summarizes the results of my research in designing and using such questionnaires: what are they good (or bad) for, how to design them well, and how to get them in the hands of your students.

In addition, they are a good format to quickly asses understanding of the material in a live quiz in class. Why is this important? As anyone ever having corrected exams probably knows, it regularly happens that most students have the same misunderstanding of a concept. This might be due to a lack of clarity on the part of the lecturer; or maybe it is just a difficult counter-intuitive concept. If the only interaction with student’s knowledge is in end-of-term exams, those misunderstanding cannot be identified early enough. It then seems unfair to penalize the students for the lack of clarity of the lecturer. Regular testing of the student’s knowledge potentially allows to identify and correct those misunderstanding in time. Multiple choice questionnaires can be used both by the student during self-study, and in an interactive setting at the beginning of a class using something like Mentimeter.

Now let’s assume that, based on the previous section, we decide that we want to use multiple choice questions. How do we design an effective questionnaire?

One of the most surprising facts when designing a multiple choice questionnaire for the first time is how hard it can be. The main difficulty, compared to other types of examination, is that you also need to put thought in the choices which are not correct, called “distractors”. Their aim is to distract the candidate such that the correct option is obvious only for someone mastering the topic.

Fortunately, this issue was faced by all questionnaires designers in the past, and there are good guidelines available, such as the excellent guidelines from the University of Waterloo (Canada).

This difficulty in designing good questionnaires has implications on time allocation for the tasks related to the exam: it shifts the effort for the exam before the exam, compared to a typical exam. The effort after the exam is minimal.

The time issue is amplified by the fact that a multiple choice questionnaire can be answered very fast by a student mastering the topic, and thus should ideally contain a lot of questions, with a lot of variety.

This makes it even more important to start designing the test early. In the case of a final exam in a university class, for instance, you might want to write a few questions each week just after lecturing or the exercise session, when both the material and the potential errors of the students are fresh in your mind.

One of the biggest problems in multiple choice questions is that one cannot differentiate a student mastering a topic from a student good at guessing the answer.

This is generally not a good idea, as risk averse students who know the answer might hesitate to answer if not absolutely sure. Risk-taking students would on the opposite gamble on questions they do not know the answer of but are confident they guessed from the context (for instance bad distractors). The test should only test the knowledge of the students and not depend on their personality.

There are two broad categories for setting the threshold:

A popular method to choose the passing grade is the Angoff Method (see e.g. that paper for a discussion). It works by letting experts determine the probability that a borderline student could guess the answer to every question in the questionnaire. Given the effort required, it is typically used for high-stakes standardized questionnaires, where the investment in being as fair as possible is worth it.

Fortunately, there are alse simpler approaches. For instance, The Gent University published a document explaining that, from academic year 2014-2015 onwards, they will only grade multiple choice questions using standard setting, where the passing grade is computed as:

where \(n_i\) is the number of options and \(w_i\) the weight for question \(i\). Note that I could not find this “standard formula” anywhere else, and in particular could not find its derivation. My feeling is that is is an approximation for the score that a student could get by pure guessing. If anyone has more details, I would love to hear about them!

Before closing, let me share two tools I found helpful to deliver such questionnaires.

The first one is the exam LaTeX package.

If you are using LaTeX, the exam class allows to streamline creating questionnaires, including grading tables and other niceties. With some additional scripting, it is quite easy to generate a set of handouts where the order of the options differs.

When including multiple choice quizzes as a form of self assessment, I was happy to learn that one can embed such questionnaires in a static website, needing only HTML and CSS (not even javascript!). See here for the details. My first experiments were satisfying, and I plan to make this a part of the next iterations of my lecture.

Multiple choice questions can be a useful tools to design engaging lectures. In particular, by allowing continuous testing of the student’s understanding, they can help correct those before it is too late. They can also be useful as a part of the evaluation, in complement to other forms of evaluations, such as projects.

Designing them is not trivial, but hopefully the few resources presented here will help you design good questionnaires that help you and your students.